It's Black and White for Me

Hello and thanks for being here :)

This week we have received lots of Christmas goodies and I convinced myself that a bite or two wouldn't hurt anything because, after all, Christmas only comes around once a year,  and I was practicing moderation, right?  And although I knew that even a few bites would send me over the limit on my daily sugars, I assumed it would be ok IF it was just that one time, and IF, I got myself right back on track.

Well one bite turned into two and before I knew it I found myself wanting to finish the entire chocolate carmel apple later in the evening - and I did!  My sugar cravings are coming back - seriously - that quickly!

I need to take the Belly Fat Cure diet more seriously......  After all, LOTS of people are losing LOTS of weight by following it - and it's healthy - and it's satisfying - and it works!

Eventually I will not feel deprived.  But for now, it's really hard.  Honestly, I set myself back by justifying a few bites here and a few bites there.  But it's going to be black and white for me now baby - no more being in the gray area!!  I kid you not, when I say, watch my numbers start changing BIG TIME now that I am going to stick to the plan and not allow myself more than 15 sugars a day! NO MORE EXCUSES!!!!!

Whew!  Now that I've gotten that off my chest, I have to admit that it's killing me not to have any photos in my posts.  I spent sometime last night experimenting with different blog/template layouts and learning how to upload photos.  I'm still playing around with finding something I like so don't be surprised if the look of my blog changes frequently..... until I settle on something I like.

Back to the photos....  My husband and I were running a little late getting ready for the Christmas Party last Friday, so no pictures that night.  I scoured the photos that I had and realized that I was not in one photo at Thanksgiving (since I was taking all of them)!  Isn't that how it works - We'd rather stay behind the camera, rather than in front of it, when we don't like the way we look.  Anyways, the first photo I am posting was taken in October during our family trip to Disneyworld. 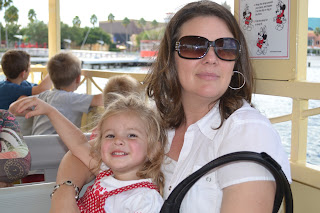 It is really hard for me to post photos of myself right now.  I really want to wait until I have the "after" photo to post next to it.  But, like I said, I hate not having photos to share and this is who I am right now!  The next photo really showcases my tummy.  No.... I am not pregnant.... and that is why the Belly Fat Cure diet is perfect for me!!!! 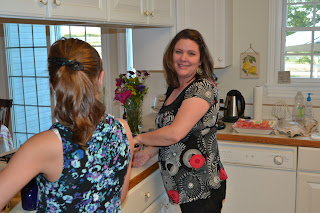 Now, I'm off to get my booty in gear and STICK TO THE PLAN - NO MORE EXCUSES HERE!!!

Have you ever "justified" a bite here and a bite there, and found yourself returning to your old eating habits?
Posted by Kim at 7:10 AM