I know today is my weigh-in day but I'm not going to have an "exact" weight for you this morning - I forgot to weigh-in before I drank my morning shake and here's why:

My brother-in-law has been very sick. He was diagnosed with MS in April and now he is in the hospital with internal bleeding most likely due to years of taking Ibuprofin and Acetaminaphen for back pain.  The diagnosis (and I don't fully understand it yet) is that he has a bleeding ulcer that has caused a hole in his stomach.  It was also pressing against his pancreas and now they see a dark spot (hole??) in his pancreas.  Surgery is the last option since the damage is so close to his pancreas. So for now, they are taking him off of all food and drink to give his stomach a break and to allow it to hopefully heal.  They will be putting a feeding tube in today that will go directly to his heart. I will know more today, but regardless, it is not good - please pray for him and add him to any prayer chain that you can. His name is Patrick Madison and he is 42 years old.

Anyways, my sister asked me to post the information and ask for prayers on Facebook (since we have so many of the same friends) to save her from having to make so many phone calls.  She is seriously exhausted (sleep deprived) and, understandably so, worried right now. I woke up this morning and got right on FB to update people and see if my sister had posted anything new.  I started drinking my shake without remembering to weigh-in first. Anyways, once I realized that I had not weighed in yet, I weighed myself.  My weight was 149.8 after drinking about 2/3 of my shake.  That's less than a half of a pound higher than last week and that's probably about what my shaked weighed... so I'm going to leave my weight at 149.4 for this week (That's probably a good estimate because yesterday morning I was 149.6 after eating out the night before- but then yesterday I ate very good).  Here are a few pictures of Pat, my sister Cheryl, and my niece Rebecca, from the cruise that we took in December 2010 (he has a cane in the picture because he had broken his foot a few months before the cruise and it was still healing)  :( 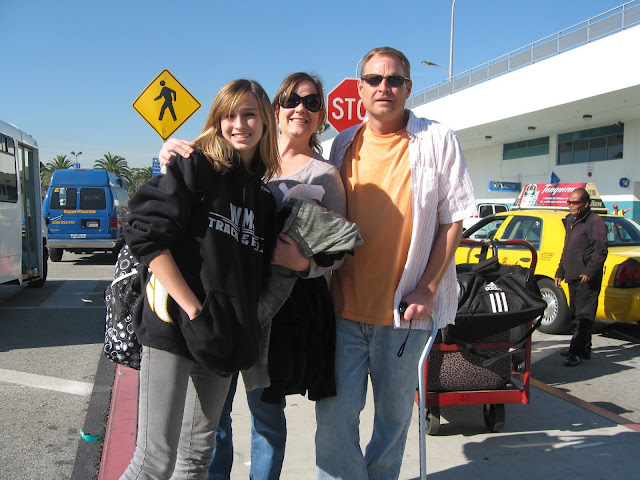 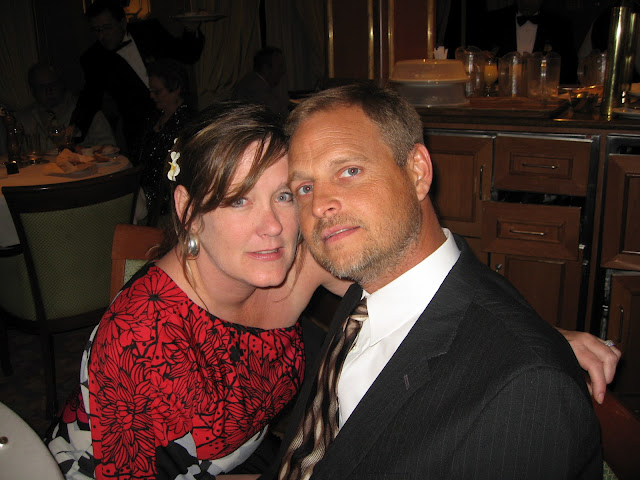 Now it sounds so trivial to post what I ate yesterday, but here it is: 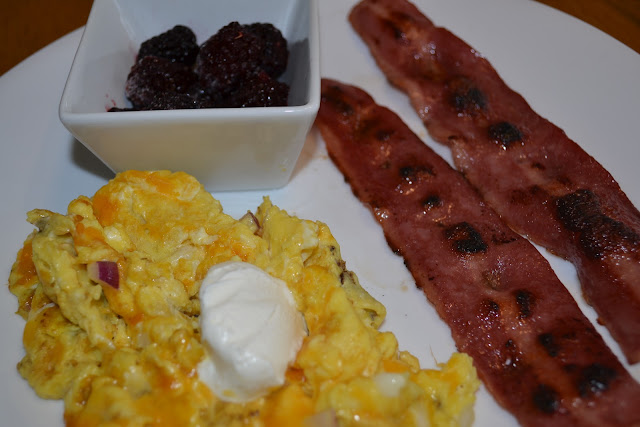 Snack: 4 Chocolate-protien bites (stop by Trina's blog for a link to the recipe)
Dinner: Tuna salad with celery
Have a great weekend everyone - and please remember to offer up prayers for Pat if you would be so kind to do so!!
Posted by Kim at 7:52 AM